Master Zacharatos has known Paula since she was about 11 years old.  Both Paula and her sister Martita (also a Zacharatos Blackbelt) started her training with Master Zacharatos at Sherman Oaks Karate. Paula got to red belt at Sherman Oaks Karate, then later after we started our own studio, Zacharatos Karate, Paula continued to train with us for her blackbelt. But, not before she got her Masters degree, started her career, and started a family of her own. It would be about 20 years later after she stopped at red belt, that she would pick up where she left off with her training! (we’re still here!)

Paula trained consistently with Master Zacharatos, and by the time she tested for blackbelt on September 1, 2012, she was so ready, physically, mentally, and emotionally, that she had one of the strongest, cleanest, error free, blackbelt tests ever!
In photos from her amazing test, you can see her brave husband holding the boards!
Most people get to where they’re supposed to be in their own time, and for Paula, testing for her blackbelt 20 years later was the right time! It’s never too late, and she continued to train, and was awarded her second degree blackbelt on July 20th 2013! A great example to her two sons, displaying a great work ethic and commitment.

A few years later, Paula decided 2nd degree just wasn’t enough, she learned two new weapons with weapons instructor Jamie BenAziz-Zacharatos, and some amazing new blackbelt forms and kickboxing techniques with Master Zacharatos, and she tested for her 3rd degree blackbelt June 27th, 2018! Now with all the new Marvel and DC Comic Sci fi movies, Paula recognized a lot of the weapon techniques in some the movies she saw that she learned for her 3rd degree test, making us all superheroes in our own way!

For her 3rd degree test, she worked with weapons instructor Jamie BenAziz-Zacharatos and learned two new weapons, the bow staff and nunchucks, and continued with Escrimas that she learned for her 2nd degree. She worked with Master Zacharatos and learned more kickboxing and boxing techniques, and more amazing blackbelt katas, as well as some tricky basics going backward and forward. This was quite a commitment for this working mother of two, if you want something go after it, and don’t let anything stop you!
She brought along her husband and a friend to take a ton of photos and videos of her test, and Jamie wore her ‘WonderWoman’ ring for good luck, not that Paula needed luck with all her hard work!

We’re so proud to count Paula as one of our Zacharatos blackbelts, we remain good friends to this day! 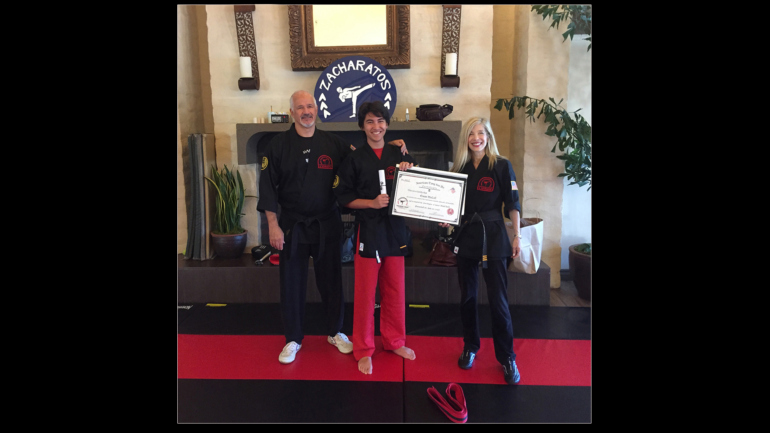 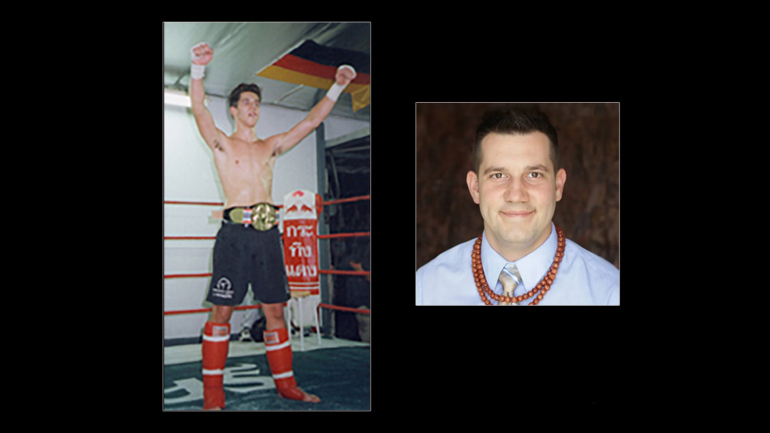