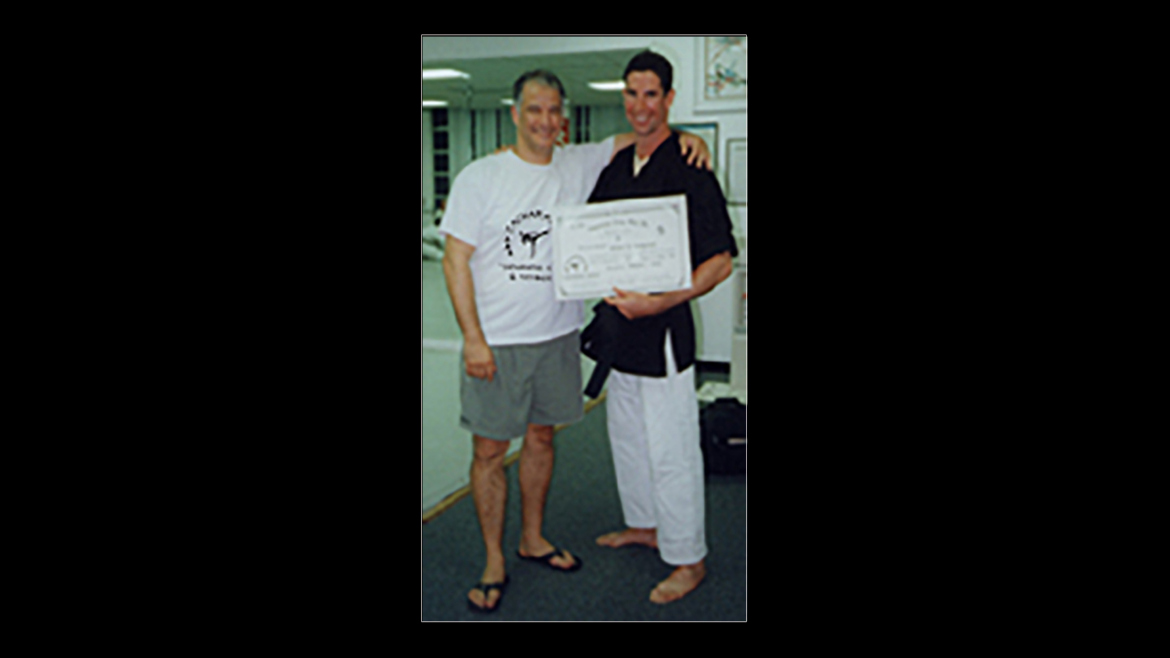 Brad began training with Master Zacharatos when he was a young teen at Sherman Oaks Karate, and continued his training at Zacharatos Karate when we opened our own studio. A natural athlete, Brad was known for his powerful and acrobatic jump spinning kicks.
He was awarded his blackbelt at the age of 30 in 1998.
He told us getting his blackbelt was one if his most significant and meaningful achievements.

He is also skilled in kickboxing and tennis. When he was younger, he was a drummer in a rock and roll band. He now owns a successful lath and plaster contracting family business for many years.
He knows how to work hard and play hard. He loves to travel, and excels in many other sports, including boating, waterskiing, snow skiing, jetsking, skydiving, scuba diving, and playing tennis competitively.

We’re proud to have him as a Zacharatos Blackbelt, and remain good friends today. 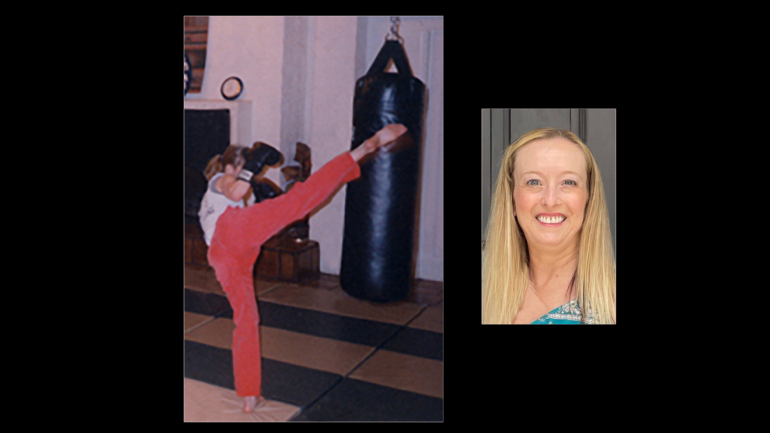 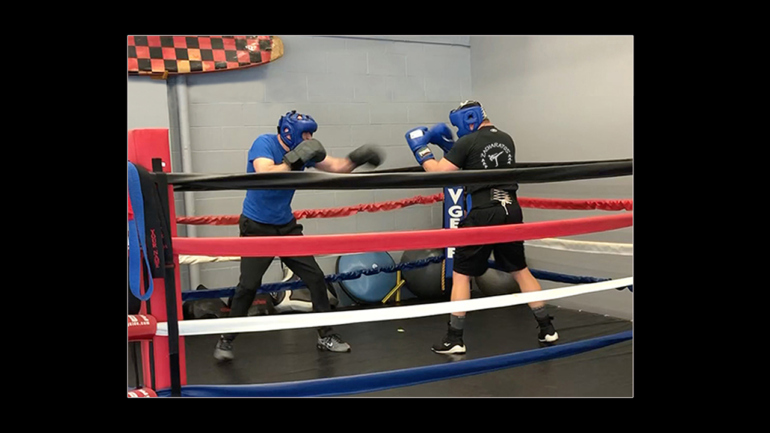 Our kickboxing stars in the ring . . .