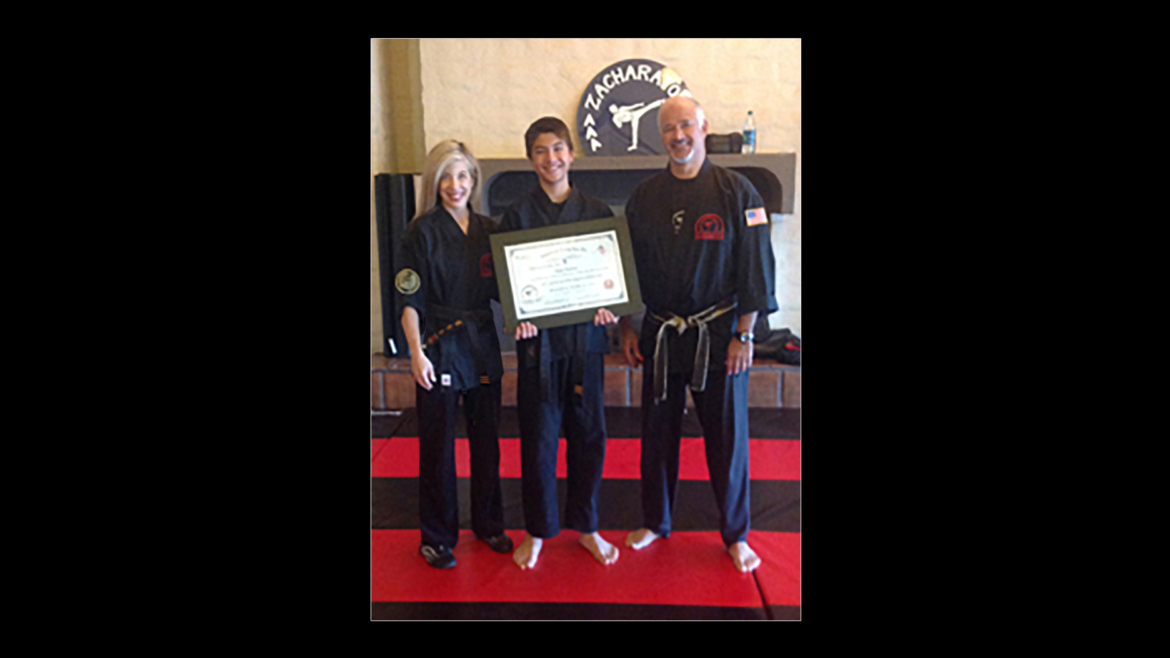 Dean began training with us as a youth for many years, and was awarded his first degree junior blackbelt 6/9/2010. He was then one of the “fab four” junior blackbelts to go for their 2nd degree blackbelt together, along with Mattias, Jupin, and Nico Zacharatos, and they were awarded their 2nd degree blackbelts on 12/14/11. He continued his training and was awarded his 3rd degree on 10/29/2014.

But lucky for us, our former assistants continue to stay in touch with our blackbelts over the years.

Dean is a great example of an amazing martial artist who would dazzle the younger ranks with his very high flying jump kicks on the heavy bag! When assisting with teaching,he was encouraging and patient while working with the younger lower ranks, and participated in our karate tournaments.

We’re so proud to have Dean as a Zacharatos Blackbelt, and our martial arts family! 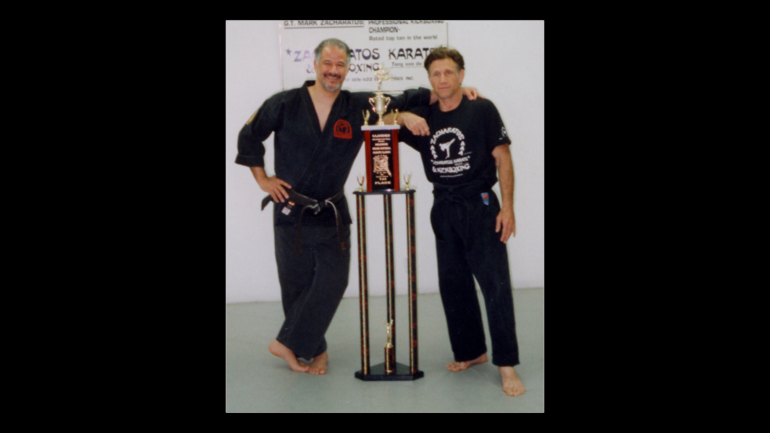 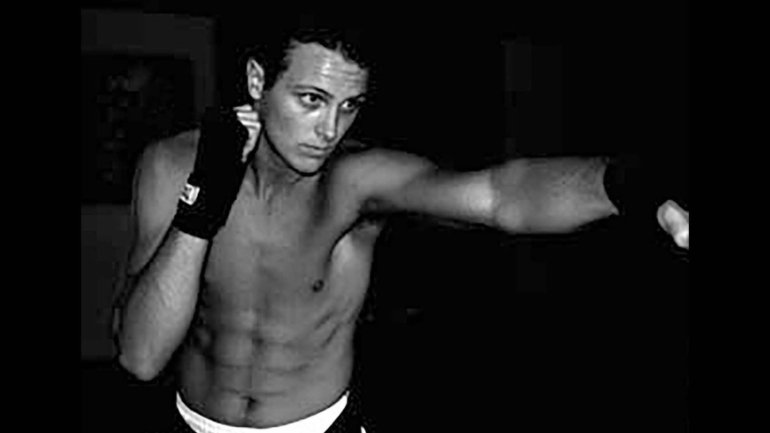