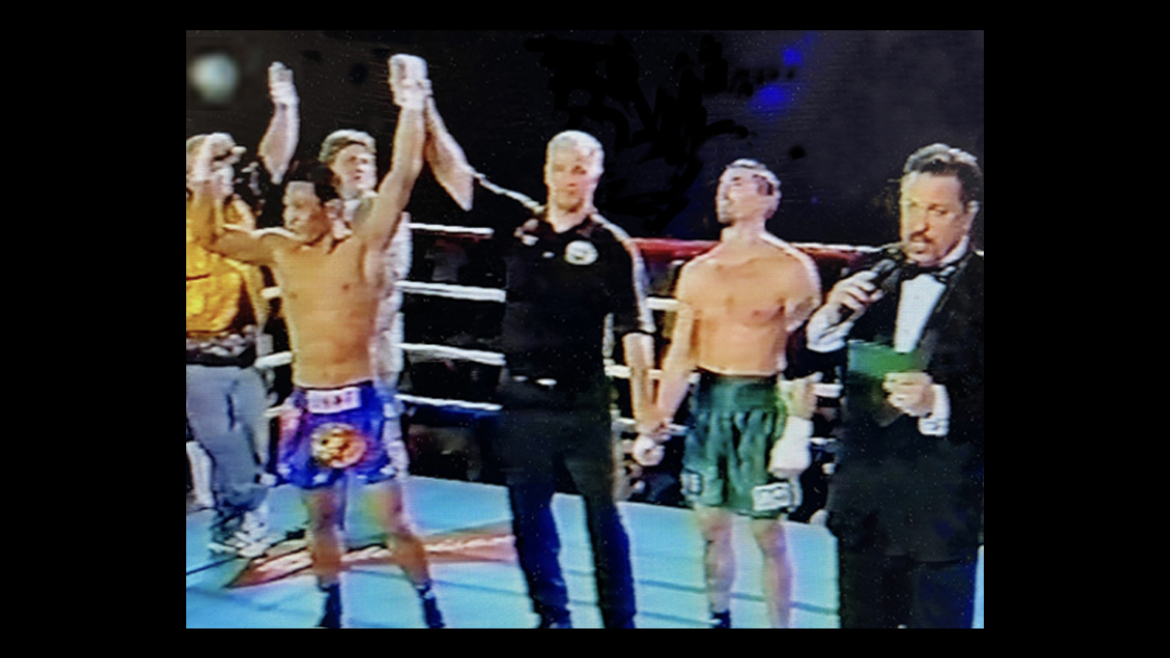 Master Zacharatos has been a professional Referee and Judge for Kickboxing/MMA with the California State Athletic Commission since 2000.

It all started when some of our students competed in amateur fights (or smokers as smaller tournaments are called), and Master Zacharatos started to referee smokers to get experience. I kept a log to document his practice. Then at a bigger fight show, another pro-referee, Cecil Peoples, (who also refereed some of Master Zacharatos fights when he was fighting professionally in the 1980’s!), connected Master Zacharatos with an official from the California State Athletic commission, where we presented the official with the log of Master Zacharatos referee practice, and his experience as a former fighter, and that’s how it all started. We kind of made it up as we went along, but It’s different now to get in as an official with the athletic commission.

When he started as a referee, it was just Kickboxing and Muay Thai fight shows, then when MMA became legal in California, he had to learn the rules and regulations for MMA that were just being established. You have to learn the grappling (ground fighting) terms, what strikes and submissions are legal which are not, when to stop a fight (as a last resort) when to take points away etc. Rules also vary between kickboxing and Muay Thai kickboxing styles.

When the pandemic hit in 2020, it would be about one and half years of a pause before he could work a show again. The most recent, October 23, 2021!
Currently he prefers to judge more than referee, but is licensed to do both.

Many judges and referees have backgrounds as competitors in the martial arts, but few officials have actually fought as a professional kickboxer as Master Zacharatos did, which gives him an advantageous perspective, having been in the ring both as a former fighting champion and a referee!